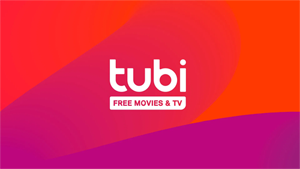 Tubi, which lays claim to the title of world's largest ad-supported video-on-demand service, has launched a dedicated kids section on the Tubi Roku channel in the US. Tubi Kids features over 1,200 age-appropriate movies and TV shows totalling over 5,000 hours of free family-friendly content. Tubi plans to make Tubi Kids available on all major streaming devices in the near future.

In addition to "Featured" and "Most Popular" listings, the following categories of children's programming, and examples of content, are available at the time of Tubi Kids launch (some titles are included in multiple categories):

In November, Tubi plans to add the hit movies "How to Train Your Dragon," "Norm of the North," and "Teenage Mutant Ninja Turtles: Out of the Shadows," along with series featuring iconic characters such as Sonic the Hedgehog, Strawberry Shortcake, Paddington Bear, and The Wiggles.

Tubi was already a popular destination even before the addition of Tubi Kids, streaming over 132 million hours in September, and the free, ad-supported Tubi channel on Roku has long been one of the most-popular channels in the Roku Channel Store. Outside of the new Tubi Kids section, recently-added programming includes "Megamind" starring Will Ferrell and Tina Fey, "Scary Movie 1" and "Scary Movie 2" starring Marlon Wayans and Anna Faris, the Academy Award-winner "No Country for Old Men" directed by Joel & Ethan Cohen, and the 13th season of the hit TV series "The Bachelorette."

The addition of Tubi Kids adds even more content to Roku's already-large library of children's programming. Just two months ago, "Kids and Family" was added to The Roku channel with thousands of free, ad-supported viewing options that include free TV shows, movies, live linear, and short-form video. Roku also has a large number of free channels from independent creators in the Kids & Family section of the Roku Channel Store. And, of course, the new Disney+ streaming service, launching in November, will greatly expand family-friendly options on Roku.