Roku adds 23 original productions from Quibi to The Roku Channel 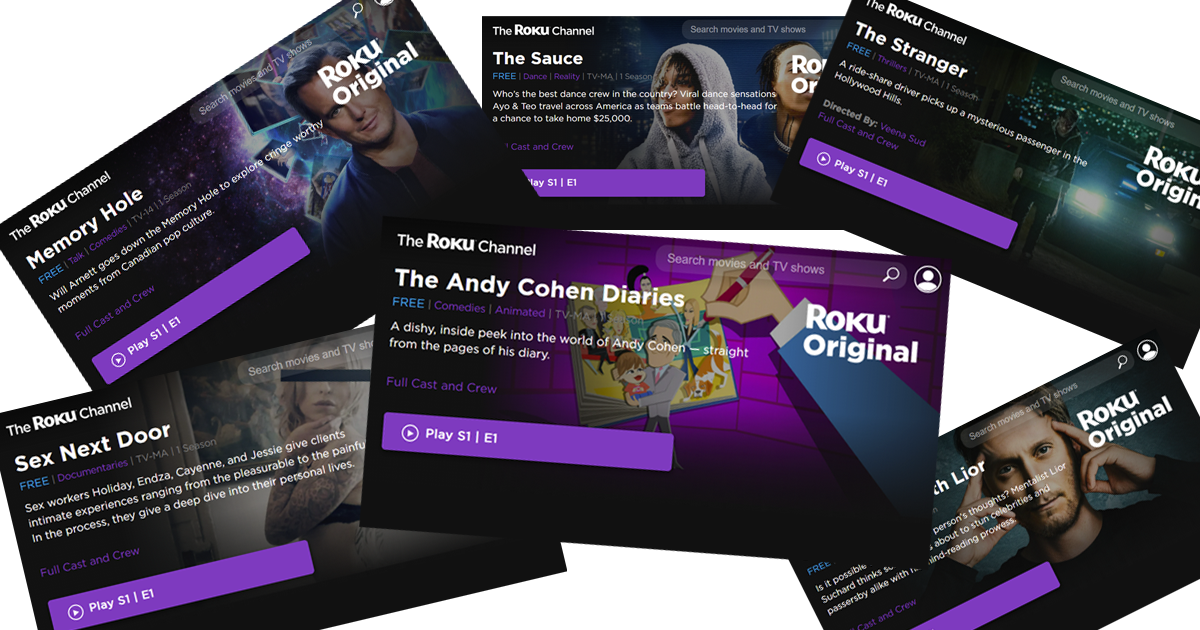 Roku purchased the video assets of the now-defunct streaming service Quibi earlier this year and placed 31 of those short-form shows on The Roku Channel as "Roku Originals". Roku has now added another 23 shows to the Roku Originals lineup.

Variety reports that Roku's head of alternative programming and ex-Quibi executive Brian Tannenbaum said that "viewers’ response to Roku Originals 'has been overwhelming'" and that Roku is "excited to keep the drumbeat of premium series, featuring Hollywood’s top talent, available only on the Roku Channel with this next slate of original programming." Also according to Variety, the initial release of Quibi shows provided a significant increase in viewing of The Roku Channel, which in June was the No. 6 streaming channel by household reach according to Nielsen estimates, exceeded only byNetflix, YouTube, Amazon Prime, Hulu, and Disney Plus.

Originally geared toward mobile viewing, episodes last only around 10 minutes or less. When strung together, however, you'll have a show that approximates a full-length movie. Season 1 of Reno 911, for example, has 25 episodes averaging between 6 and 7 minutes per episode. This adds up to around 2-1/2 hours of entertainment - not including commercials, of course. Roku, however, has promised to air no more than 60 seconds of commercials between each episode, with no breaks during an episode.

How to watch Quibi shows on Roku