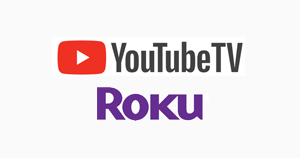 YouTube TV, the live TV streaming service offered as a cable alternative, was removed from the Roku channel store after the expiration of a distribution agreement between Roku and YouTube TV's parent Google. However, Roku has said users who already have the YouTube TV app installed on their devices can continue to use it as long as they don't delete it. Both Roku and YouTube have stated that the app will remain available on devices on which it is already installed as long as the other side doesn't force its removal. The main YouTube app has not been affected by the dispute and is still available in the Roku channel store.

Roku and Google have been unable to agree on new terms, with CNET reporting that Roku "said that it isn't seeking greater payments from Google but is standing firm on points such as search-result manipulation, access to data, hardware requirements that could increase devices cost and what it claims are 'discriminatory and anticompetitive' actions by Google." Roku said in a statement, "We have only asked Google for four simple commitments. First, not to manipulate consumer search results. Second, not to require access to data not available to anyone else. Third, not to leverage their YouTube monopoly to force Roku to accept hardware requirements that would increase consumer costs. Fourth, not to act in a discriminatory and anticompetitive manner against Roku."

Meanwhile, a post on the YouTube Official Blog made several points in regard to the negotiations: 1 - "Our initial conversations started with Roku simply to renew the current terms of their ongoing deal with YouTube TV, which has been in place for several years. Our offer to Roku was simple and still stands: renew the YouTube TV deal under the existing reasonable terms. However, Roku chose to use this as an opportunity to renegotiate a separate deal encompassing the YouTube main app, which does not expire until December." 2 - "Our agreements with partners have technical requirements to ensure a high quality experience on YouTube. Roku requested exceptions that would break the YouTube experience and limit our ability to update YouTube in order to fix issues or add new features. For example, by not supporting open-source video codecs, you wouldn't be able to watch YouTube in 4K HDR or 8K even if you bought a Roku device that supports that resolution." 3 - "We can't give Roku special treatment at the expense of users. To be clear, we have never, as they have alleged, made any requests to access user data or interfere with search results. This claim is baseless and false."

You may recall similar standoffs with AT&T TV, which was also temporarily removed from the Roku channel store, and HBO Max and NBCUniversal's Peacock, which both launched without Roku support. Like those apps, we expect YouTube TV will also once again find a home on Roku. In the meantime, if you're not a current YouTube TV subscriber and/or don't have the app installed on your Roku devices, several other live TV services are available on Roku. See our article Cable alternatives on Roku - Live TV streaming services for a full list.