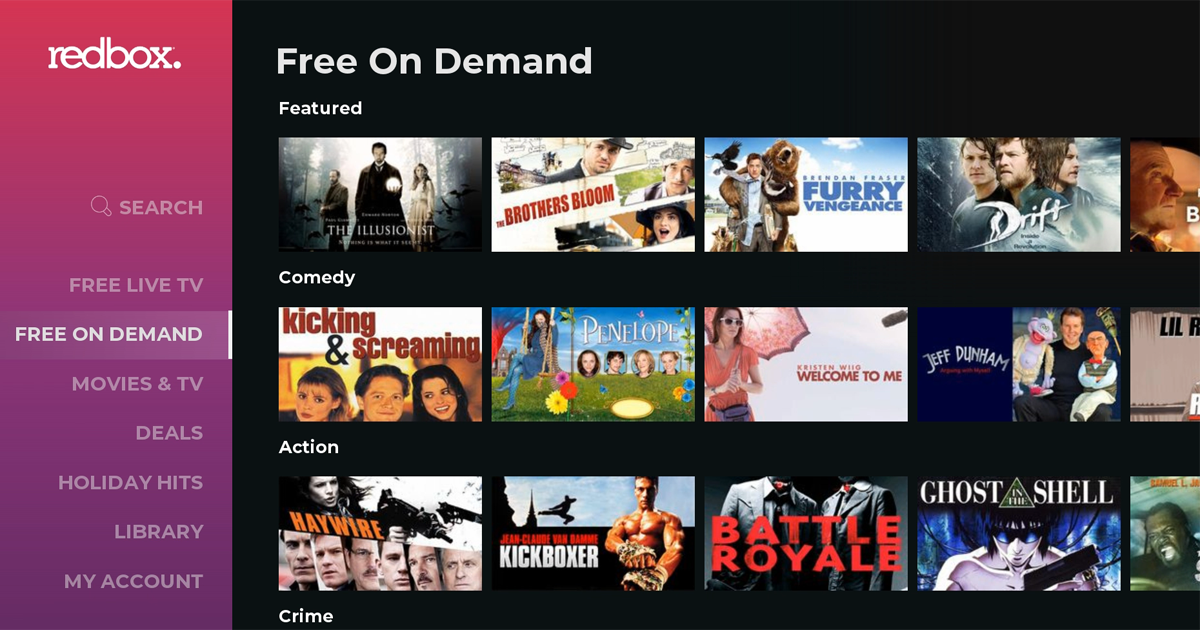 After launching a free ad-supported linear TV and movie streaming earlier service this year, Redbox now brings free (ad-supported) streaming video on demand (SVOD) to Roku and other platforms. The "Free On Demand" service is available on Roku through the existing Redbox Roku channel, where you will also find Redbox's Free Live TV and ad-free movies and TV shows that can be rented à la carte.

Free Redbox SVOD titles can be found under more than a dozen traditional genres such as Action, Comedy, Family, Horror, and Romance. Films include recent releases like Possessor (2020) and The Call of The Wild (2020) as well as older classics that include Stephen King's The Dead Zone (1983), Pet Sematary (1989), and E.T. the Extraterrestrial (1982). If you're looking for holiday offerings, the Seasonal category includes the 1946 classic It's A Wonderful Life along with more-recent releases. Curiously, some newer holiday hits are listed only under the Family category: Elf (2003) starring Will Farrell, Dr. Seuss' The Grinch (2018), and Tom Hanks' Polar Express (2004).

Currently featured titles include Surfer, Dude, a 2008 film featuring Matthew McConaughey as a "longboarding soul surfer"; The River King, a 2005 murder mystery in which a detective believes the apparent suicide of a student may have been a hazing ritual gone wrong; and Wildflower, a 1991 drama starring Reese Witherspoon as a teenager who befriends a young, partially deaf epileptic girl who is abused by her stepfather.

Redbox is reportedly promising the addition of hundreds of new titles weekly, so check back regularly if you don't see anything of interest right now.

Redbox Free On Demand is currently available on Roku, iOS and Android mobile devices, Android TV and Vizio TVs. The service is promised to soon be available on LG, Xbox, Samsung, Google Chromecast, and other platforms.