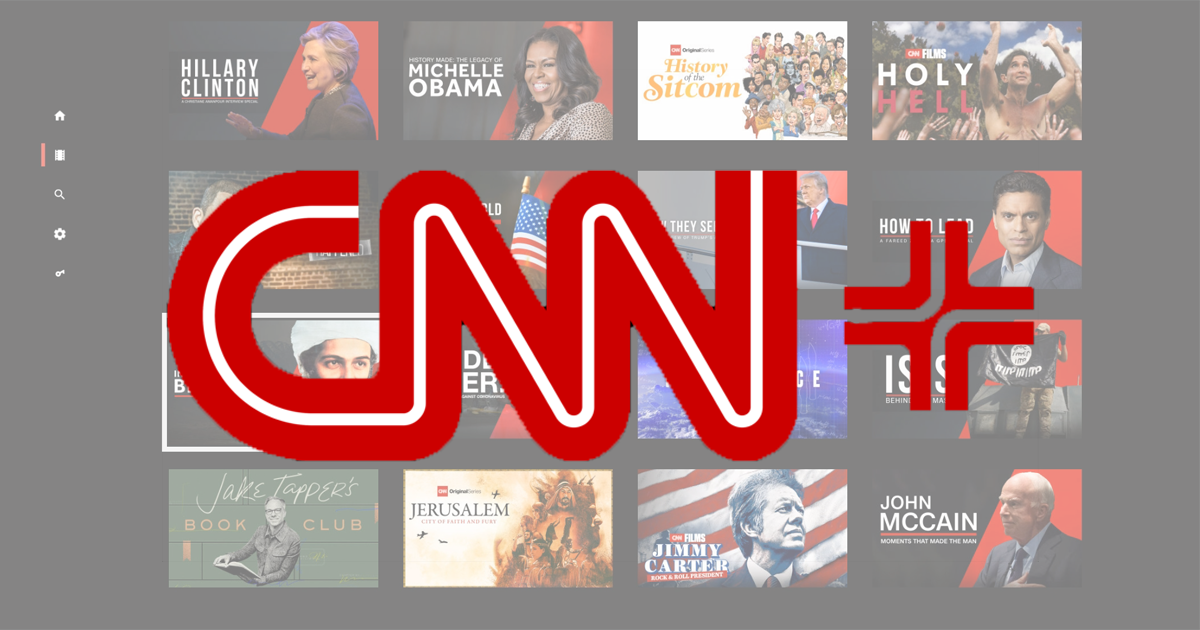 CNN's new streaming video service, CNN+, is now available on Roku, but only until April 30 when the service is shutting down. CNN+ is embedded in the CNN Roku app, which also provides access to the CNN, CNN International, and HLN linear TV channels for those who subscribe to participating pay TV services.

Trailing its availability elsewhere by just a couple of weeks, the CNN news network offshoot was expected to get a surge of subscribers once it became available on the popular Roku platform. However, Variety recently speculated that the "days seem numbered for CNN+" as parent company Warner Bros. Discovery suspended external marketing for the subscription service and Axios noted that the company "has laid off CNN's longtime chief financial officer as it weighs what to do with the subscription streaming service moving forward." The dire predictions have come to pass as CNN itself reported that "CNN+, the streaming service that was hyped as one of the most significant developments in the history of CNN, will shut down on April 30, just one month after it launched." (As noted by Engadget, "Even Quibi stuck it out for longer.")

According to the CNN announcment, the decision to shut down the network's streaming counterpar was made by new management after the merger of CNN's former parent company, WarnerMedia, with Discovery to form Warner Bros. Discovery. Warner Bros. Discovery executives reportedly want to build a single service around its HBO Max property, and CNN's new chief Chris Licht wants to "dial down the prime-time partisanship and double down on the network's news-gathering muscle."

CNN reports that some CNN+ programming may eventually live on through the HBO Max service while other programming will shift to CNN's main television network.

If you're one of the roughly 150,000 who currently subscribes to CNN+, you can access CNN+ video content for now by logging into your account on the CNN Roku app. If you aren't a subscriber, the CNN Roku app is still offering a 7-day free trial, which will allow you to watch CNN+ programming before the April 30 shutdown. You choices include CNN Films with music documentaries like "Glen Campbell - I'll Be Me" and "Linda Ronstadt - The Sound of My Voice", with other entertainment choices such as the CNN+ Original Series "The Wonder List" in which "CNN's Bill Weir and filmmaker Philip Bloom tell the stories of extraordinary people, places, cultures and creatures at a crossroads."

On a more-political note, you'll find "Kamala Harris: Making History", "History Made: The Legacy of Michelle Obama", and "Unfinished Business: The Essential Hillary Clinton." Not everything is based on Democratic figures, however. You'll also find "The Bush Years," a series that tells "the triumphant, tragic and heroic story of one of the most powerful political families in American history, told through archival footage and interviews."

Regardless of your politics and your opinion of CNN, there are a number of CNN+ originals that may make it worth your while to make use of the free trial available from within the Roku app. Five series document the decades of The Sixties, The Seventies, The Eighties, The Nineties, and The 2000s, while other series cover Lincoln, LBJ, and First Ladies. Original Series under the Pop Culture designation include "Land of the Giants: Titans of Tech," which looks "[i]nside the meteoric rise of Facebook, Apple, Amazon, Netflix and Google," and "Reframed Marilyn Monroe" with "[t]he fascinating story of a woman who took on Hollywood and challenged the misogyny of 1950’s America." Also of interest are two profiles of Ted Turner, who created CNN in 1980 and was belovedly referred to as the "Mouth of the South" in his heyday: "Ted Turner: The Maverick Man" and "Ted Turner: Captain Planet."

Of course, you will also find news stories on CNN+. What you won't get as a CNN+ subscriber is the CNN linear cable channel. Although it is available within the CNN app, along with CNN International and HLN, you will need to activate those channels through a participating pay TV provider.

The original story was updated on April 21, 2022, to reflect the announcement that CNN+ will cease operation on April 30, 2022.