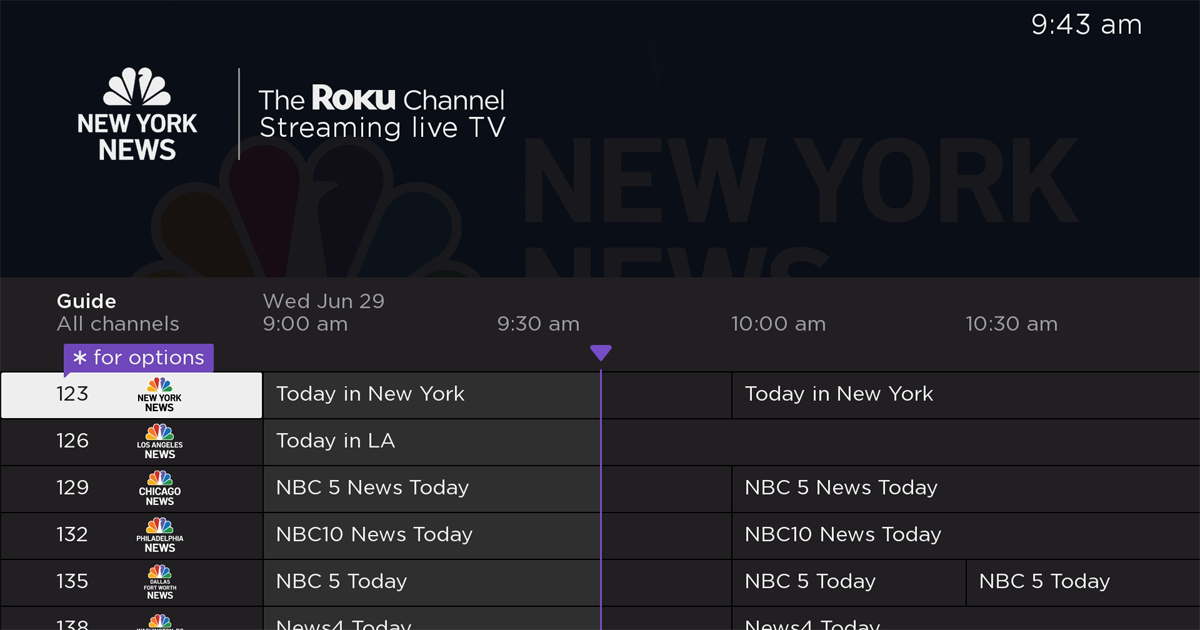 Ashley Hovey, Head of The Roku Channel, AVOD, said in a press release that "Audiences are increasingly opting to consume news through streaming, and local news has consistently been one of the top requested categories by our users... We're excited to work with NBCUniversal Local and the NBC Stations to expand our relevant live TV offering for streamers and to bring news from multiple major cities to millions of viewers across the country to easily access and enjoy."

Roku hasn't announced which local news stations are planned to be added in the future, but NBCUniversal Local, which is NBCUniversal's local media division, also serves the San Francisco Bay Area, Boston, San Diego, and Puerto Rico, in addition to the eight locales listed above.

The Roku Channel is a free streaming service with on-demand movies and TV shows, Roku Originals, and a host of live TV channels. The Roku Channel is available on all Roku streaming devices as well as compatible Samsung Smart TVs, compatible Amazon Fire TV devices, the free Roku mobile app for iOS® and Android™ and from a web browser on your smartphone, tablet, or computer.