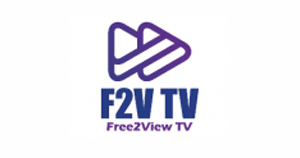 Free2View TV, commonly referred to as F2V, was a Roku app that provided viewers with free access to a huge array of live streaming network channels and movies. Popular channels like Cozi, LAFF, ION, Grit, PBS, PBS Kids, and Comet TV, as well as many movie channels such as Hallmark Movies, Cinevault, AMC, and Filmrise Features, were all contained with this app. If a Roku channel offering all of this for free while claiming to be completely legal sounds too good to be true - it is.

The Roku channel store description for F2V claimed that "All streams can be found publicly, nothing unofficial or bootlegged." The developer also claimed in a since-deleted website post that he has permission for all of the streams available in the F2V app. That, however, proved to be wrong. In an interview with The Desk, "Free2View TV developer Georges Brunet said it was not his intention to pirate the copyrighted signals of commercial broadcasters, but admitted he didn't obtain permission from the providers of certain live streams before offering them to his customers."

Matthew Keys, publisher of The Desk, explained that around a half-dozen of the over-the-air channels on F2V originated fromWeigel Broadcasting; these included Me TV, Story Television, Heroes & Icons), Start TV, and Decades. Although Brunet told F2V TV users that the Weigel channels were exclusive to the service and were offered through a special arrangement with a program distributor, "Brunet received a notice from a New York-based law firm saying they were 'aware of no such arrangement' to carry the channels on the service."

The Desk's Keys goes on to say that Brunet also said "he obtained content streams from Samsung TV Plus and other free, ad-supported streaming services without first asking permission from the content providers or the platforms before he re-distributed them through F2V TV" and said that "What I did was illegal, according to [copyright] laws... But what I also did was never, ever intended as malicious or hurtful."

The F2V TV app has been removed from the Roku channel store, and those who already have it installed will find a message that "The Free2View TV Project is suspending all operations."

Read this article by Matthew Keys for more details on the Free2View shutdown and The Desk's interview with the F2V developer.