What's on Roku features our independent recommendations for new and unique entertainment on Roku channels. Today's recommendations include Seinfeld costars reminiscing about their sitcom days, a "highly suspenseful" crime drama, a documentary on those who exposed an illegal FBI surveillance program in 1971, and tips on throwing a memorable summer party.

Comedians in Cars Getting Coffee on Crackle 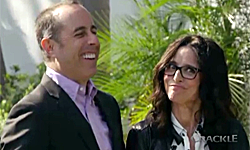 In each weekly episode of this Emmy-nominated web series, Jerry Seinfeld takes a friend for a drive in a classic car and shares stories and laughs over a cup of coffee. The Season 6 premiere features Seinfeld costar Julia Louis-Dreyfus in an episode titled I'll Go If I Don't Have To Talk. Julia and Jerry cruise the Pacific Palisades in a 1964 Aston Martin DB5 while reminiscing about working together and cracking each other up. More information on this series can be found at comediansincarsgettingcoffee.com. [17m. Free] 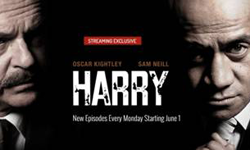 This new crime drama starring Oscar Kightley and Sam Neill (Jurassic Park) is a six-part New Zealand series following the intense psychological journey of Detective Harry Anglesea. The Wall Street Journal describes the show as "a sharp... crime procedural awash in sociology and also psychopathology" that is "highly suspenseful" and "a steadily absorbing tale." A trailer can be viewed here.

Harry is available to Acorn TV paid subscribers, but new subscribers can get a one-month free trial to the Roku channel. 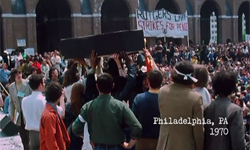 This recently-broadcast documentary looks at a group of citizens broke into an FBI office in March 1971, took every file, and shared them with the public. Long before Eric Snowden exposed the NSA's global surveillance programs, this group exposed an FBI illegal surveillance program on law-abiding Americans. More than 40 years later, these previously anonymous Americans publicly share their story for the first time. More information, including a trailer and video clips, can be found at www.pbs.org/independentlens/1971. [1h 26m. Free but registration required.]

Summer Party with Better Homes and Gardens on Portico 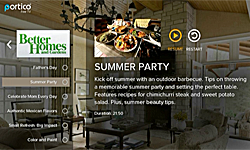 We're still a couple of weeks away from the Summer Solstice, but it's not too early for summer cookouts. Better Homes and Gardens' Summer Party video offers tips throwing a memorable summer party and setting the perfect table. You'll find recipes for chimichurri steak and sweet potato salad, along with some summer beauty tips. [21m. Free]


Click here for more of our What's on Roku recommendations. Get notified of new postings by following Twitter hashtag #WhatsOnRoku.