Roku has removed all private (non-certified) channels from Roku devices and this channel is no longer available. See this article for more information.

Live sports, news, entertainment and more on over-the-air TV channels captured from locations around the world and re-streamed

RokuGuide Channel Description: Giniko TV explains their service as this: "Giniko provides a selection of the best TV channels from around the world. Giniko lets you watch live sports, news, entertainment and more from any device... By capturing over-the-air TV channels from locations around the world and re-streaming them in full quality, Giniko has become the premier destination for free live TV on the internet. We are not a content provider ourselves, but provide free access to publicly-available satellite channels to viewers who want to consume a diverse array of content on internet-connected devices."

The Giniko TV streams are available on the Giniko Plus TV private Roku channel, as well as on web browsers, Android smartphones, iOS devices, BlackBerry, Android TV, Amazon Fire TV, and Google TV. To view any content, you will need to create a free Giniko TV account, install and launch Giniko Plus TV on your Roku, then sign into your account from within the Roku channel.

Giniko Plus TV currently lists 292 channels, although you will find that a number of the channels are offline. In particular, well-known cable channels such as HISTORY and Travel Channel are offline, while religious streams and channels that offer free Internet streams such as QVC are operational. Streams from outside the U.S. are also more likely to be functional. The most likely users of Giniko TV will perhaps be those from other countries who want to watch TV from their native land. If you're from Yemen or Equatorial Guinea, you'll find broadcasts from those countries and many others.

In fact, the 292 listed channels cover nearly four dozen countries. The largest number (91) originate from the United States, although you'll find 36 channels from Turkey, 23 from Iran, 22 from United Arab Emirates, and 19 from Afghanistan. All other countries have five or less channels. In addition to the live streams, you'll find video-on-demand for many channels. The VOD offerings are provided DVD-style, recorded in 1-hour increments over the last few days. You won't find any program information, only the date and time of each hour-long video.

All channels are listed at www.giniko.com/watch-all-channels.php. The website states that sign-up is "free for a limited time." After creating a free account and logging in, the website indicates that "Premium G+" channels are available by subscribing for $9.95 per month. However, if you try to subscribe you'll be asked to first log out; after logging out, the only option is to create a free account or to sign in with your existing account. From that we surmise that Giniko TV service is still under development, and that paid subscriptions will be available in the future.

FEES: None currently, although the website states that Premium G+ channels require a $9.95/month subscription. 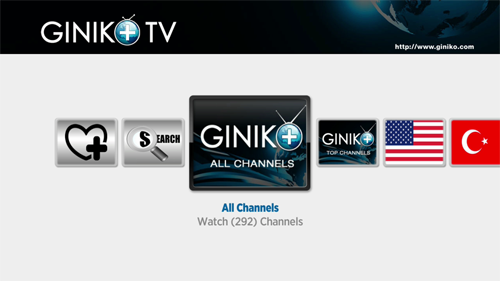 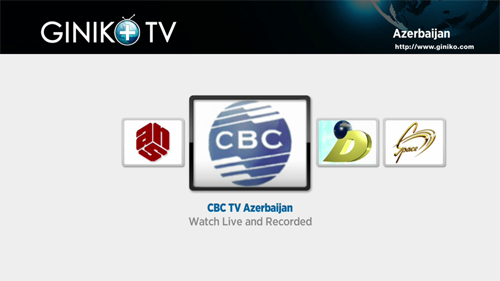 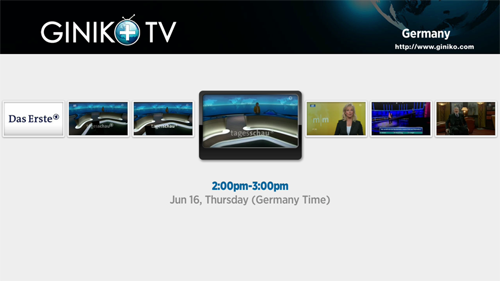